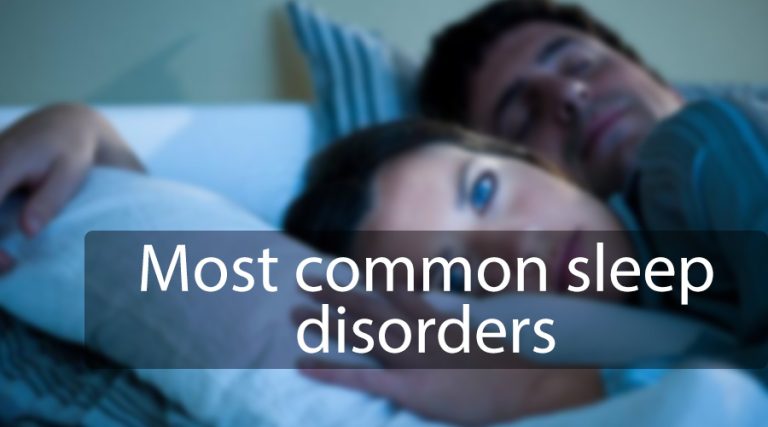 What are sleep disorders?

Sleep problems (also known as sleep-wake disorders) are characterized by disruptions in the quantity, quality, or timing of sleep, which can lead to persistent discomfort and impairment in everyday functioning. Sleep-wake problems are often associated with physical illnesses or other mental health issues such as depression, anxiety, or cognitive deficits, and they’re tough to identify.

Insomnia is the most common type of sleep-wake problem. Obstructive sleep apnea, parasomnias, narcolepsy, and restless leg syndrome are all examples of sleep-wake disorders.

It has been proved that sleep problems are linked to both physical and psychological issues. According to the National Sleep Foundation, sleep difficulties can contribute to as well as aggravate mental health disorders, and they may also be a sign of other mental illnesses.

Because sleep is a complicated biological process, it’s no surprise that many things can go wrong. Because you’ve broken your leg or become unwell, for example, you may find that sleeping is difficult due to the discomfort.

In other situations, the exact reasons are more difficult to pinpoint. External reasons such as noise levels and inconvenient lighting conditions in your house can contribute to sleep problems.

Sleep difficulties affect a large number of people, particularly when they are under stress or unwell. These instances of poor sleeping habits are typically only temporary, and the issues ease if the underlying cause is addressed or disappears. Because this sort of disrupted sleep does not last long enough to have a serious influence on your general health, it isn’t considered a sleep disorder.

People who have recurring difficulties falling asleep at night might have a genuine sleep issue that needs medical attention. People with more severe health issues that limit their ability to obtain restorative sleep may also require medical evaluation; these problems can only be diagnosed after you visit a doctor and undergo standard testing procedures such as blood tests.

In particular, individuals with depression or other mental illnesses may be given medications that make them feel strange in their bodies when they fall asleep or awaken from sleep. Antipsychotic drugs used to treat schizophrenia and related disorders are known to have these side effects.

People who do not have obvious symptoms of depression can also experience sleeplessness. According to the National Institutes of Health in the United States, around four percent of Americans suffer from chronic insomnia, which is defined as having difficulties sleeping for at least three nights each week for three months in a row.

Excessive light when trying to sleep or an unpleasant or noisy home atmosphere might all be factored in insomnia.

Other issues linked to sleep deprivation are insomnia and delayed onset of sleep phase syndrome (DOS), which is characterized by an inability to fall asleep until late in the night. Delayed-onset sleep phase disorder can also be caused by jet lag, shift work, lifestyle changes, or other factors. It’s difficult adjusting back into a regular pattern once you’ve returned from a trip across many time zones or after undergoing other major life adjustments.

If you have insomnia, it will be difficult to fall asleep until the underlying cause of your poor sleeping habits is addressed.

How common are sleep disorders?

Although sleep disorders are quite prevalent in the general population, they may be difficult to diagnose and treat because they are often undetected or untreated.

Insomnia is the most prevalent sleep problem. Insomnia affects about 70% of people at some point in their lives. Chronic insomnia, which disrupts daily functioning for 30 days or longer and occurs in 5%-15% of adults, is thought to affect around 5%.

Narcolepsy is another sort of sleep problem that causes excessive daytime drowsiness. Around 15% to 25% of the population will experience a narcoleptic episode at some point in their life, but only one in every 2,000 people are affected by narcolepsy to the extent that they seek medical help.

Sleep apnea is a potentially serious problem in which one’s breathing repeatedly stops and starts throughout the night. About 4% to 6% of people over the age of 18 have obstructive sleep apnoea, while 2 percent to 3 percent of all children do.

Restless leg syndrome affects 5-7% of the population, according to some sources. According to others, around 1% – 3% of youngsters have it.

What happens when a person doesn’t get enough sleep?

Poor sleep has been linked to depression and other types of mental illness in several research studies, although it is unclear whether this connection exists because sleeping habits cause emotional issues or whether both problems are caused by a common source.

According to one recent research, children and adolescents who slept less than six hours each night were more likely to be diagnosed with depression or have depressive symptoms five years later.

There’s no evidence yet to suggest that sleep patterns are linked to depression or other types of mental illness, whether poor sleep causes mental health issues, or whether some as-of-yet unknown factor accounts for the relationship between insufficient rest and psychiatric difficulties.

According to another research, the link between poor sleeping habits and mood disorders such as major depressive disorder (MDD) may be bidirectional: evidence suggests that both conditions exacerbate similar negative thought processes, which result in worsening psychological well-being.

Sleeping difficulties are characterized by daytime drowsiness and problems falling asleep at night. Some people may fall asleep while driving, for example. While trying to sleep, you might notice other symptoms such as a strange breath or an uncomfortable urge to move about. It’s also possible to experience odd or unpleasant emotions or sentiments while sleeping. People who have sleep problems may have nightmares in addition to having an irregular sleep and waking cycle.

Sleep difficulties can happen for a variety of reasons, including medical problems, illnesses, and disorders. Sleep disturbances are most often the consequence of an underlying medical condition.

There are a variety of sleep disorders, including the following:

It’s a chronic neurological disorder that often begins in adolescence. People with narcolepsy have trouble staying awake during the day. They may fall asleep without warning, even while they are talking or eating.

Narcolepsy can be treated with a combination of lifestyle changes and medications, but there is no cure for the disorder. Your doctor will work with you to determine which treatment option is most suitable for you. If your condition worsens over time, he or she may recommend an alternative method of therapy. Some people take medication to ease their symptoms.

Stimulants, such as methylphenidate (Ritalin), dextroamphetamine-amphetamine (Adderall), and modafinil (Provigil), are often prescribed to help with narcolepsy’s excessive daytime sleepiness. Such medications may also be used in conjunction with other treatments. However, they can have unpleasant side effects and may be habit-forming.

Sodium oxybate (Xyrem) is a medication that helps with narcolepsy’s excessive daytime sleepiness and cataplexy episodes. But sodium oxybate should only be taken under the close supervision of a doctor, as it can be habit-forming and lead to abuse.

Behavioral treatments, such as sleep hygiene education and scheduled naps, may also help people with narcolepsy. These treatments involve learning about how to get enough restorative sleep and taking short naps during the day. Behavior modification therapy may also be recommended. This type of therapy helps people change their sleep habits and improve their sleep quality.

It is a sleeping disorder that can make it hard to fall asleep, stay asleep, or both. Insomnia can cause you to feel tired during the day and have trouble functioning as a result of this. People with insomnia may suffer from poor sleep quality and quantity at night. They might be unable to focus on their daily activities due to fatigue caused by a lack of sleep. They may also struggle to perform well at work or school because of their condition.

There are a variety of treatments for insomnia, which your doctor will tailor to your specific needs. Treatment options include the following:

Restless legs syndrome (RLS) is a condition that causes an uncontrollable urge to move your legs, usually accompanied by an uncomfortable feeling in your lower limbs. The sensation can also occur in the arms, hands, or torso. Symptoms often worsen at night and may keep you from sleeping well. People with RLS may feel like they have to move their legs to get relief, which can disrupt their sleep.

There is no cure for restless legs syndrome, but there are treatments available that can help lessen the symptoms. Treatment options include the following:

Sleep apnea is a sleep disorder characterized by repeated episodes of complete or partial airway blockage during sleep. It can occur in both adults and children, but it’s more common in men than women. People with this condition stop breathing for short periods of time while they’re sleeping, which causes them to wake up frequently throughout the night.

There is no one-size-fits-all treatment for sleep apnea, but there are a few different options that may help. Treatment types include the following:

Parasomnias are a group of sleep disorders that involve abnormal behaviors during sleep or just before waking up from it. They can be caused by stress, anxiety, or trauma and they may also have genetic components. The most common parasomnia is called night terrors (also known as “sleep terrors”), which often occur during the first third of a person’s sleep cycle.

There is no one-size-fits-all treatment for parasomnias, but there are a few different options that may help. Treatment types include the following:

Most sleep disorders can be diagnosed based on your symptoms and a physical examination. In some cases, further testing may be needed to determine the cause of your sleep problems. Tests that may be used include the following:

What are tips for getting a good night’s sleep?

Getting a good night’s sleep is essential for your overall health and well-being. Here are some tips for getting the most out of your slumber:

If you’re struggling with insomnia, it’s important to discuss all of your options with a healthcare provider who can provide personalized advice about what will work best for you.

Sleep disorders are common and can have serious consequences. However, there are many treatment options available for those who suffer from these conditions. If you’re struggling with sleep problems, talk to your healthcare provider about what might be causing them and how you can get help today!

Michael has dedicated his entire career to helping people get more sleep.